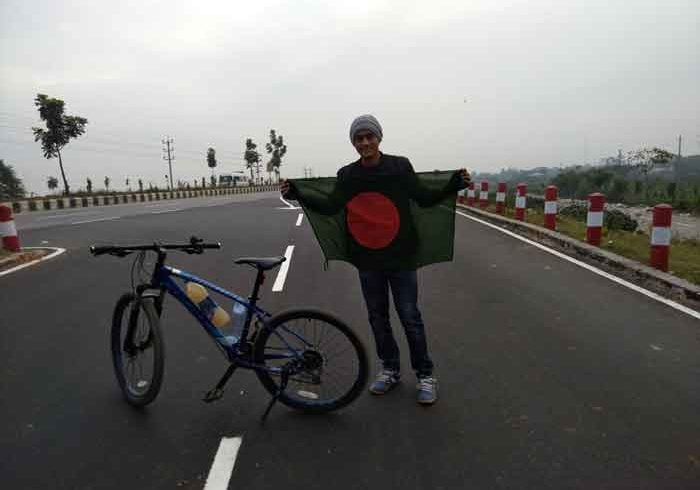 Cycling is a very effective and efficient way of transportation. It’s really amazing for short to moderate distances.

In the 19th century Bicycles were introduced. There are many types of cycle. Some are unicycles, tricycles and Quadra cycles.

In many countries, usually used vehicle for road transport is a utility bicycle. These have frames with secure geometry, protecting the rider from collision of the road and easing steering at low speeds. Utility bicycles tend to be decorated with stuffs such as mudguards, pannier racks and lights, which extends their usefulness on a daily basis.

Bicycles provide many more benefits in comparison with motor vehicles, including the physical exercise involved in cycling, easier parking, and access to roads, bike paths and rural trails. Cycling also have many more benefits like save fuels, less air or noise pollution, and much reduced traffic congestion.

Cycling is also popular in Bangladesh, and day by day it’s increasing. Here many people use cycling as an alternative to vehicles. It saves their time, keeps them away from Traffic and fits them physically.

A non-profitable organization called BDCYCLIST has made cycling to another level in Bangladesh. BDCyclists is the holder of the Guinness World Records for ‘Longest single line of bicycles (moving)’ BDCyclists did this record on 16 December 2016 (Victory Day of Bangladesh), when 1,186 cyclists rode their bicycles in a serial single line in Dhaka, Bangladesh.

Bdcyclist organizes about three bicycle rides every week those are Bike Friday, BDC Nightriders and Josshila Saturday. More than 300 riders attend in the bike Friday ride. To develop cycling in Bangladesh, BDCyclists organize cycling lessons every Saturday morning in Dhaka. It’s also known as the BDCyclists Beginner’s Lesson. People who can’t ride cycle they attend in this program and learn to ride.