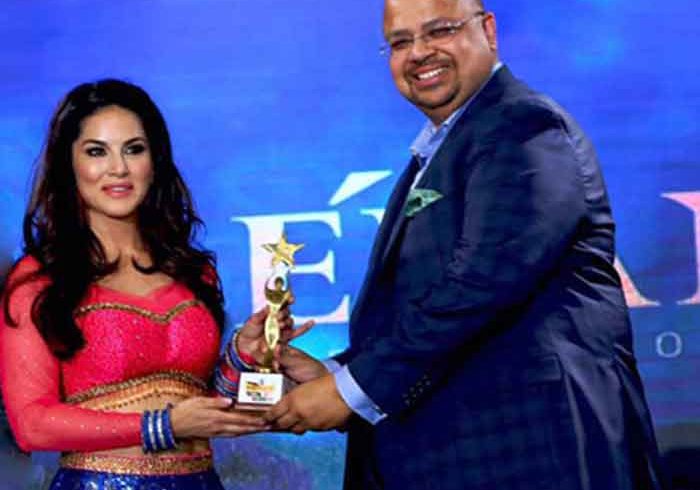 India’s controversial actress Sunny Leone received Bangladeshi award. The Dhallywood Film and Music Award were recently given. At the auditorium of Jamaica, the 18th edition of ‘Dhallywood Film and Music Award’ was held. The Showtimes Music Bangladeshi organizers in the United States organized program. Sunny Leone came to New York with a dancing party of 12 people to take part in the 16-minutes exhibition.

The organizers said there were many fans of Sunny Leone. That is why all the tickets were just sold out within a short time by her name. Many people comment on the reason that Sunny Leone’s event is finally held at the Dhallywood Film and Music Award ceremony. Later Sunny Leone was given the honor from the organizers. Many people say Sunny Leone has been given the award. But many said that we do not understand given in which category.

Lifetime Achievement Award is given to the two Bangladeshi actors and MPs of Bangladesh Akbar Hossain Pathan Faruk and Subarna Mustafa.