Chimera Ants are one of the strongest quarantined animal due to its dangers to other species
in the world of Hunter x Hunter.

A fictional species chimera ant king is born earlier than expected time, leaving the queen in a critical condition.

A Chimera Ant’s life begins from an egg, which the Queen hangs from the ceiling of her shelter. When it hatches a Chimera Ant will emerge in full adult form ready to work for the Queen. The Queen is the center of reproduction. In the event that she should die, reports state that male soldier Ants will break from the colony and will become copycat Kings, trying to forcibly mate with females of other species to give birth to a new generation of Ants. In the giant Queen’s colony, this process started before her demise, when she lost her ability to procreate. It is not known if female Ants could breed with males of other animals, as the only known case that attempted to start her own colony was Zazan, who used her stinger and Nen powers to turn humans into Chimera Ant hybrids instead of laying eggs like her mother.

The “Selection” is a method for producing soldiers that the Royal Guards serving under Meruem developed after developing human-like intelligence and gaining knowledge of Nen. This process entails manipulating man and has them under control in order to strike other human beings. Man targeted this way either develop Nen skills or die. Survivors are then enveloped in a special cocoon build by Shaiapouf and turned into human-Chimera Ant hybrids. 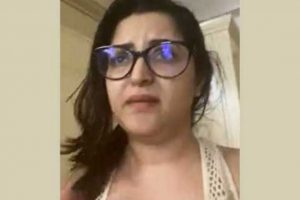