Bangladesh is practically fighting over the arrest of actress Porimoni.  The RAB of Bangladesh went to conduct a search operation at Porimoni’s house recently.  However, Porimoni did not want to open the door easily.  In her Facebook live video, it is known that she did not want to open the door even after knocking for long time by RAB Force on her door..  The actress was later arrested in the evening.  Incidentally, it has been reported on behalf of RAB that drugs like ‘ICE’ and ‘LSD’ have been found from the house of the bride.

Let’s take a look at this context, who is this bride?

The real identity of This Hot Cake “porimoni”:

Porimoni is known as an actress and model in many films of Bangladesh.

Her real name is  Shamsunnahar Smrity.   Pori Moni came in Bangladeshi film holding the film ‘Valobasha Shimahin’.  Porimoni also came into the world of acting with films like ‘Aro Bhalobasabo Tomay’ and ‘Mahua Sundari’.  In a very short time, this beautiful actress started making a name for herself in the world of entertainment in Bangladesh.  As the name of her glamor world grows, so does the dark world of controversy behind it.  Various allegations and rumors came up.

Where did the ‘Hot Cake’ grow up after losing her parents?

Porimoni was born in Satkhira, Khulna, Bangladesh.  She was born on October 24, 1992.  She lost her father and mother at a very young age.  Then in Pirojpur she grew up to her grandfather, Shamsul Haque.  From there, Pori passed secondary and higher secondary.  After that, Pori came to Dhaka while studying Honors in Bangla in Government College.  Then began the story of the rise.

Incredible rise of Porimoni in one year

According to the news of ‘Jugantar’ magazine of Bangladesh , after setting foot in Dhaka, Porimoni got an incredible rise after getting a chance in the first film.  She signed a series of films in Bangladesh. She signed 20 films in one year.  Money keeps coming.  Multiple rumors are circulating that as soon as Porimoni gets a chance to set foot in Dhaka, her intimacy with the elites of the city began.

Marriage, divorce and The Hot Cake

Although the bride got engaged to Tamim Hasan on February 14, 2019, it was canceled at the last month.  Then she got married in 2020.  Porimoni was married to director ‘Kamruzzaman Rony’ on March 9, 2020.  Meanwhile, a few months after that marriage, Pori got divorced.  The incident caused widespread rumors in Dhallywood.  Meanwhile, it is known that The Hot Cake’s Journey  in  many five-star hotels in Dhaka city  begins.  Since then, many rush events have been awakened.

It is learned that the Rapid Action Battalion of Bangladesh arrested Porimoni around midnight after trying from noon.  There are allegations against Porimoni for operating a minibar at home.  She is said to have kept bottles of liquor of home and abroad.  Various drugs, including Russian vodka, have been found.  Toxic drugs such as ICE & LSD have also been found.

Allegations of rape and attempted murder

Earlier, Porimoni accused of attempting to rape and murder on a prominent Bangladeshi businessman.  It was alleged that she was tortured in a boat club in Bangladesh at Dhaka.  She came on a Facebook live and demanded the punishment of the culprits in this case from the Prime Minister of Bangladesh, Sheikh Hasina.  Two people were later arrested in connection with the incident.  However, the shadow of controversy does not go away from The Hot Cake Of The Country. 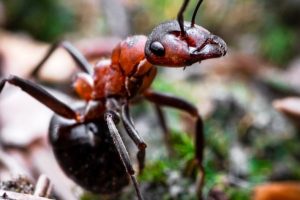 About the Author: Md. Istiaq Hossain