Abul Hayat is a popular Bangladeshi actor. He was born on September 7, 1944. He has been acting in TV dramas and movies for many years. Even he has also acted successfully in many commercials. Abul Hayat has played the lead role in many Dramas written by popular writer Humayun Ahmed. ‘Misir Ali’ is a memorable character of his acting life. His first Drama, Oedipus, was released in 1969. Since then he has acted in more than 500 Dramas one by one.

He is the father of popular actress Bipasha Hayat. Abul Hayat has acted in many Bengali films which are at the top of popularity. In addition to acting, he occasionally writes columns in various magazines. Daily news paper of Bangladesh Prothom Alo (Bangladeshi most popular daily news paper), the name of his column is ‘Esho Nipoban’.

Hayat was born on 7 September 1944 in Murshidabad, West Bengal. Abul Hayat’s father Abdus Salam was the general secretary of Wajiullah Institute of Chittagong Railway. He spent his school life in Chittagong Collegiate and Railway High School. From there he passed matriculation and got admitted in Chittagong College. He passed ISC from Chittagong College and was admitted to BUET in 1962. He used to live in Sher-e-Bangla Hall while studying at BUET. After graduating from BUET’s Civil Engineering Department in 1967, he joined Dhaka WASA as an engineer in 1968.

Abul Hayat married Mahfuza Khatun Shirin in 1970. After the war started on March 23, 1971, their first child Bipasha Hayat was born. Natasha was born six years later. Bipasha Hayat and Natasha Hayat are both TV actresses. Bipasha Hayat is a very popular actress in Bangladesh. With her extraordinary acting in different dramas and films she is in mind on people of Bangladesh like her father.

Abul Hayat made his TV debut in 1979 with the play Oedipus. Abul Hayat’s first novel was published at the 1991 book fair. The name of the novel was “Appluto Maru”. He won the Bangladesh National Film Award for Best Supporting Actor in Toukir Ahmed’s “Daruchini Diip”. 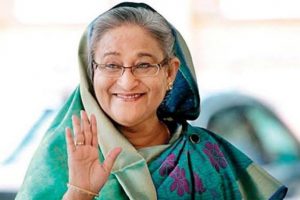