Catherine Anne O’Hara is a Veteran actress (born March 4, 1954) was born and grew up in Toronto. She is a Canadian-American actress. As well as she is a comedian, singer and screenwriter. She is the recipient of several awards. Including a “Genie Award”, two “Primetime Emmy Awards”, and five “Canadian Screen Awards” she has achieved. She was an Officer of the Order of Canada in 2018. And she was honored with the Governor General’s Performing Arts Lifetime Artistic Achievement Award in 2020.

Catherine O’Hara first drew attention as an actress in 1974. She was a member of The Second City improvisational comedy troupe in Toronto.

She started her first significant television journey in 1975 starring opposite John Candy and Dan Aykroyd in the main cast of the Canadian sitcom Coming Up Rosie (1975–1978).

She and Candy initiated work on the sketch comedy series Second City Television (1976–84), where she drew critical acclaim for both her work as a comedic actress and writer, winning a Primetime Emmy Award for Outstanding Writing for a Variety Series in 1981.

O’Hara has come in several films directed by Tim Burton. She has portrayed in Burton films include the voices of Sally/Shock in The Nightmare before Christmas (1993) and Susan Frankenstein in Frankenweenie (2012). She got the National Board of Review’s for Best Supporting Actress award. And she was nominated for an “Independent Spirit Award”.

In 2000, she got a Genie Award for Best acting by an Actress in a Leading Role for the crime drama film “The Life Before This”(Canadian film).

In 2010, O’Hara nominated for the “Primetime Emmy Award” for distinguished Supporting Actress.

#CatherineOHara is a comedic legend No Small words hands a look at her career. Her life story is not a comedic; it’s a legendary part of her acting life. 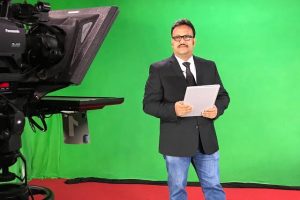