Shah Rukh is investing money in US cricket

Knight Riders chief executive Venky Mysore said there would be six teams at the MLC. Apart from this, just like in IPL or CPL, they have to run the team; they will have a partnership in the whole league.

Knight Riders can invest 15 to 20 million dollars here. Knight Riders buys the Los Angeles franchise. Hollywood address is Los Angeles. Naturally, Shah Rukh Khan will be able to use his popularity there too.

KKR owner Shah Rukh Khan is very optimistic about the league, saying, “We have been taking the KKR brand to the international level for many years. We have noticed that there is tension in the United States with the T20 cricket league. We believe we will succeed there. “

Venky Mysore also sees a glimmer of hope in cricket practice in the United States, saying, ‘Cricket is not a first-class sport in the United States. But the love there for cricket could make the country the second commercial center of cricket after India.

The American Cricket Enterprises (ACE) first invited the Knight Riders for this league. The board of the country has many plans to popularize cricket in the United States. That’s why the company wants to tie the knot with Knight Riders.

According to Mysore, the global popularity of cricket, the media market in the United States and the culture of playing there can all be successful.

There have already been several attempts to launch a cricket league in the United States.

But there was not much success. On the contrary, cricket has repeatedly lagged behind due to various legal complications. For now, the league will start with three field games.

There are plans to hold the tournament in six cities step by step. Venki Mysore hopes that the number of local players will gradually increase, even though initially mainly foreigners play. 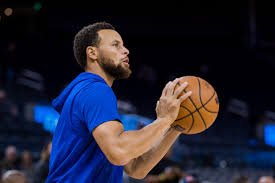