Best keywords Google Trends- Did you go to Google to find Dalgona coffee recipes this year? So know that you also have a role to play in bringing Dalgona Coffee to number 1 in the list of the most searched recipes on Google in 2020.

At the end of each year, Google Trends publishes a list of the most searched topics on Google throughout the year. Let’s find out what people were interested in the world in 2020.

The most talked topic 2020 is Coronavirus

The closest rival to the coronavirus is the US presidential election. People have repeatedly turned to Google for updates on every moment of the battle between Donald Trump and Joe Biden. So the most searched and most searched news the ‘election result’ ranks second in both lists.

The ‘Video Conferencing Platform’ — Zoom has become hugely popular, from studying the ongoing epidemic to office meetings. So over the years people have shown interest in this software on Google. As a result, Zoom ranks 4th on the list of most searched.

Top five most talked about people are politicians in 2020

In the case of individuals, people were interested in politicians throughout the year 2020. Four of the top five most talked about people are politicians. Newly elected US President Joe Biden tops the list. The next three positions are held by North Korean leader Kim Jong Un, British Prime Minister Boris Johnson and US Vice President Kamala Harris. At number five on this list is American actor Tom Hanks. Even at the age of 64, his popularity has not diminished. Because, he is also at the top of the list of the most searched actors. Bollywood actor Amitabh Bachchan, who is at number three on the same list, has also proved that people’s interest in him has not diminished yet.

Among those we’ve lost this year is Kobe Bryant, an Olympic-winning US basketball player at the top of Google’s search list. Indian actor Sushant Singh Rajput is fourth on the list.

Those who regularly use online social media must have heard of Dalgona coffee at the beginning of the Corona outbreak. Many people may have tried to make this coffee then. People have searched so much for Dalgona Coffee on Google that it is number one on the list of most searched Hoya recipes.

In the past, people have been interested in Marvel’s superhero movies, but this year, people want to know about the Oscar-winning movie Parasite on Google. The scenario of the 2011 contagion movie is very similar to the ongoing epidemic situation. That’s why nine-year-old movies are being discussed anew this year. As a result, Contagion is also in the top five most searched movies.

Best keywords Google Trends- During the Corona period, the number of viewers has increased on Netflix, Amazon and other OTT (over the top) media around the world. However, the most talked about TV series in this market throughout the year were Netflix. As a result, four of the top five most searched TV series on Google are from Netflix. Tiger King is at number 1 in the search list, Money Heist, Cobra Kai and The Umbrella Academy are at number 3, 4 and 5 respectively.

The online video game Amang Aas is very popular this year even with very simple quality graphics. It tops the list of the most searched games on Google. Apart from this, Fall Guys: Ultimate Not Out and Valorrant games are at number 2 and 3 respectively.

Google may publish such a list by the end of 2021. At the top of the list of most searched, there will be no evil, unpleasant like coronavirus next year — can we hope that? 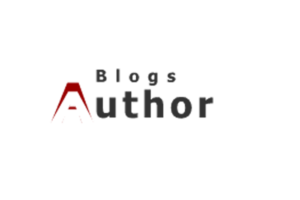 Which user characteristic may not be used to change keyword bids in google ads?: